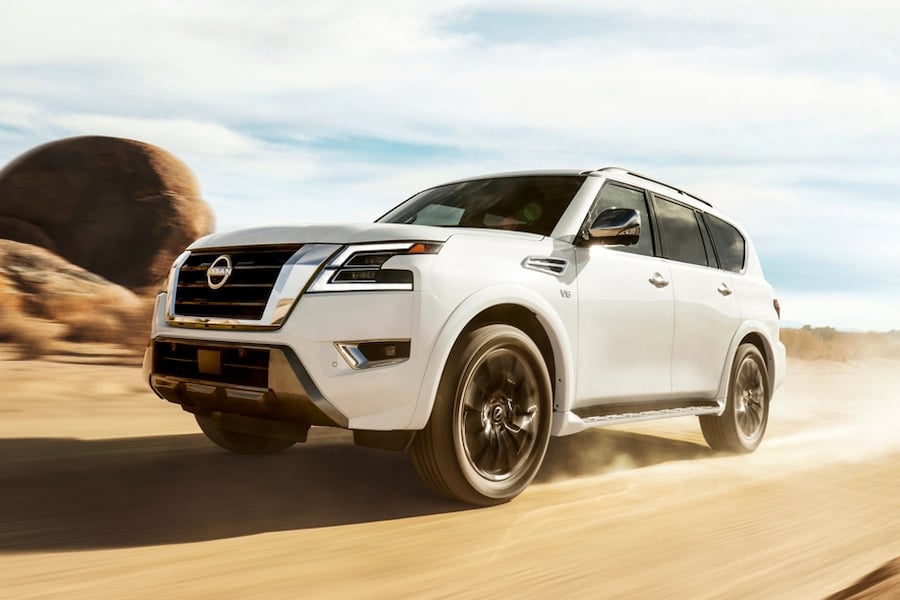 The full-size, off-road-ready SUV receives a few upgrades for the new model year.

The Nissan Armada full-size SUV returns for the 2023 model year relatively unchanged following a significant refresh inside and out for 2021.

The Nissan Safety Shield 360 suite of safety and driver-assist features is standard for all grades. Under the hood lies the naturally aspirated 5.6-liter V8 rated at 400 horsepower and 413 lb-ft of torque. An 8,500-pound maximum towing capacity is standard across the board as well. 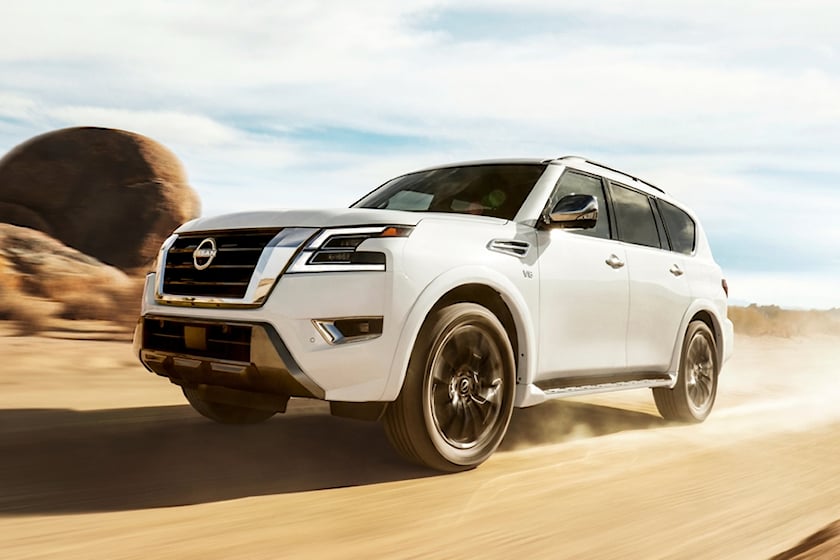 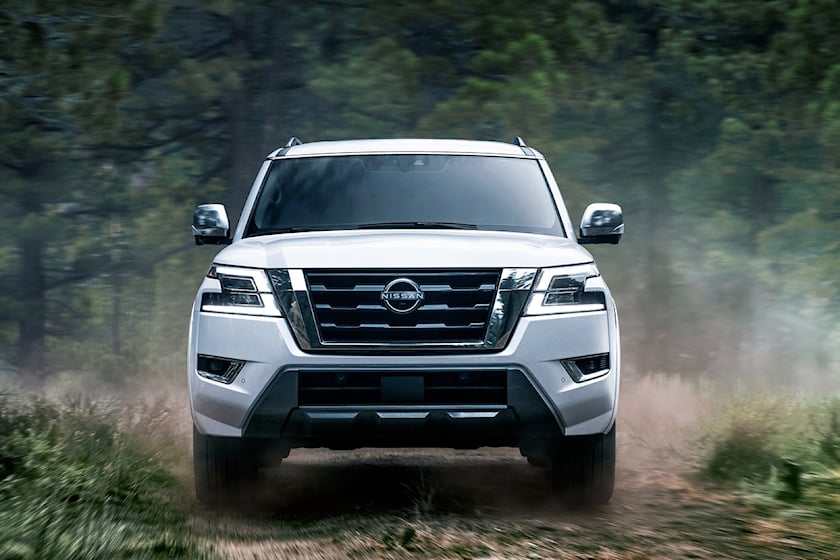 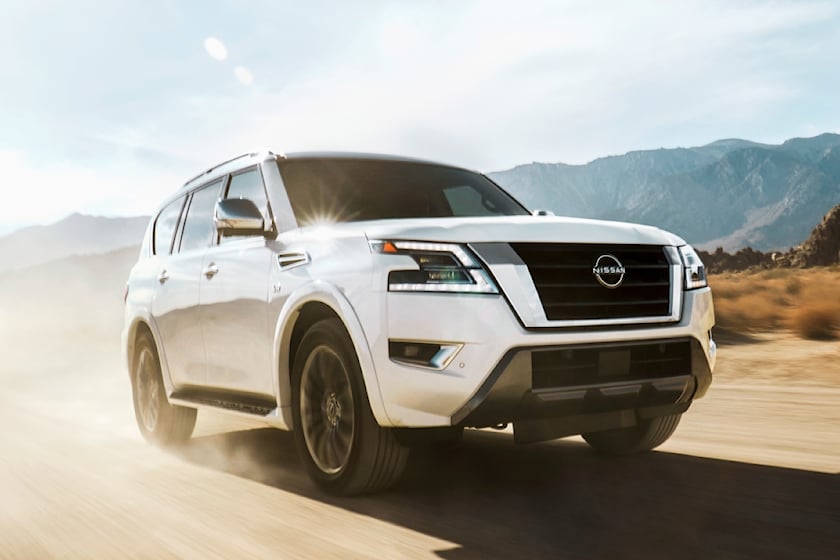 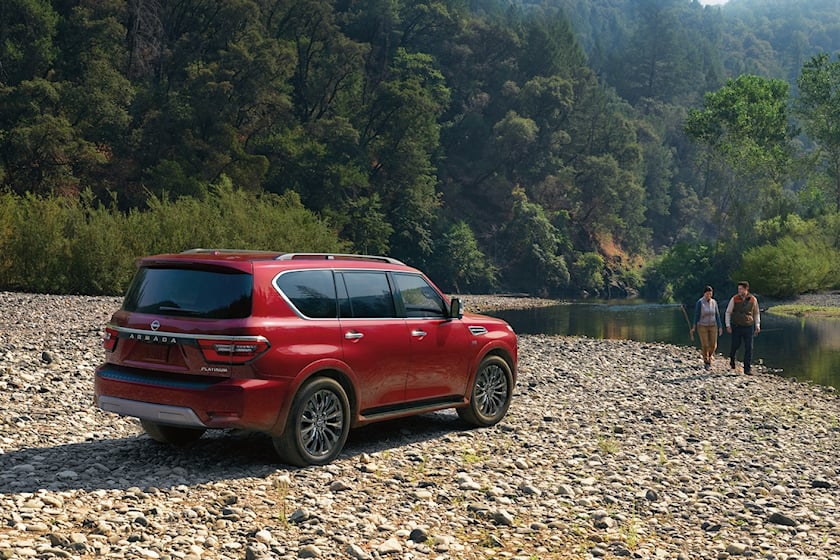 New for 2023 for the SV, SL, and Platinum models is standard Amazon Alexa Built-in. The SV also tacks on standard remote start, LED front fog lights, and an auto-dimming rearview mirror with a universal garage door opener. The SL receives a heated steering wheel at no extra cost.

The Armada is part of a dying breed of big, gasoline-powered SUVs that ride on a body-on-frame architecture. The likes of the Chevrolet Tahoe and Ford Expedition are considered its main rivals. Earlier this year, there was a rumor that the next Armada would drop the NA V8 in favor of a variation of Nissan’s existing twin-turbo V6 gasoline engine. 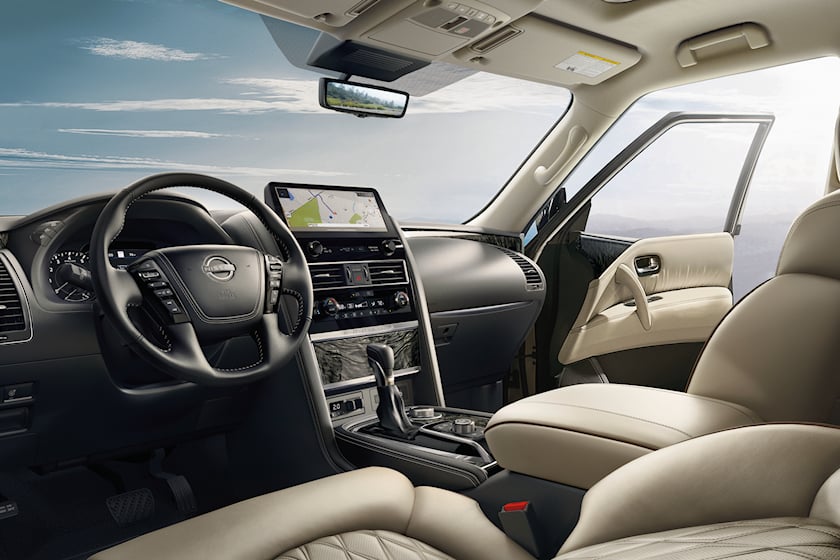 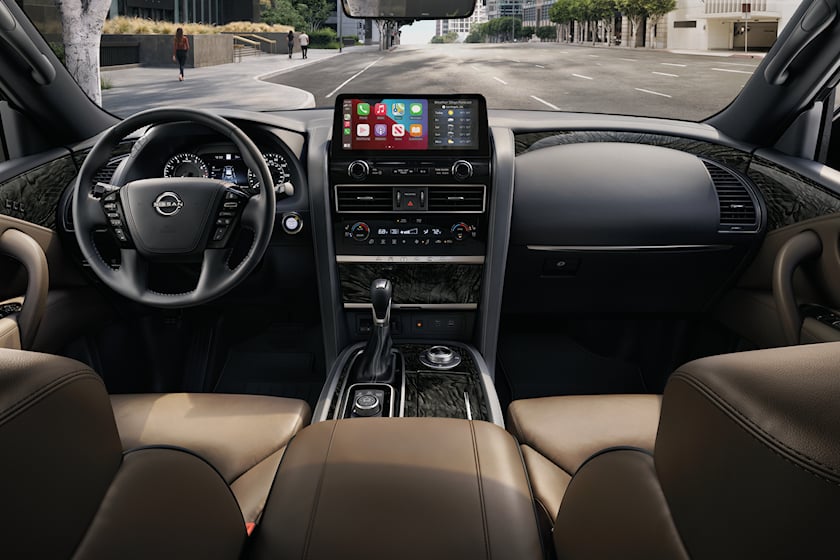 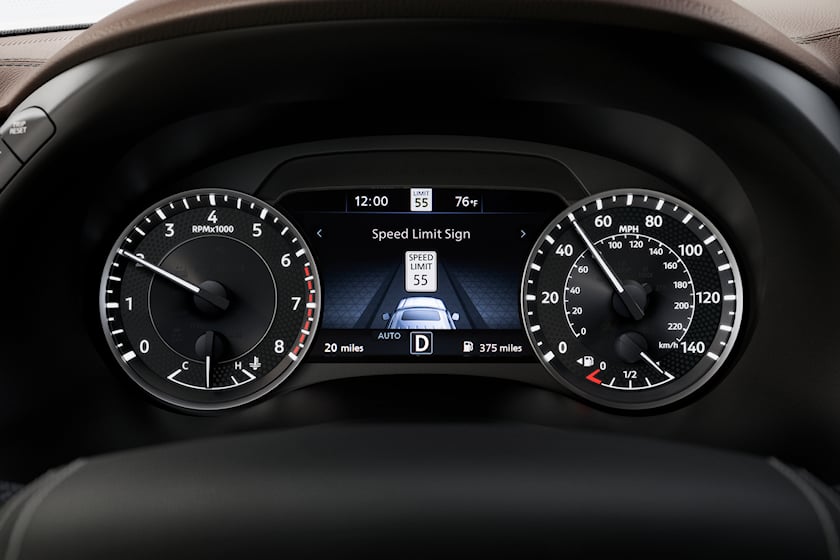 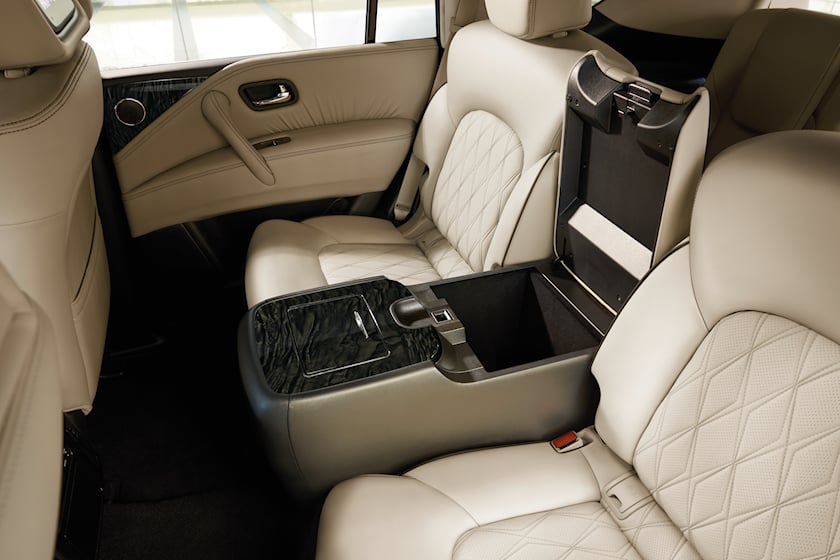 This would make sense for one key reason: fuel economy. The current V8 is a gas guzzler with a 13/18/15 mpg city/highway/combined EPA-estimated rating.

Another rumor suggests Nissan may discontinue its full-size utility vehicle lineup altogether because the current Titan pickup truck is not expected to be replaced with a successor once its lifecycle concludes.

If that’s the case, Nissan will have to either utilize the Armada’s existing platform and update it accordingly or develop a new one from scratch, something we don’t see happening for various factors, namely cost and Nissan’s push into the EV market. 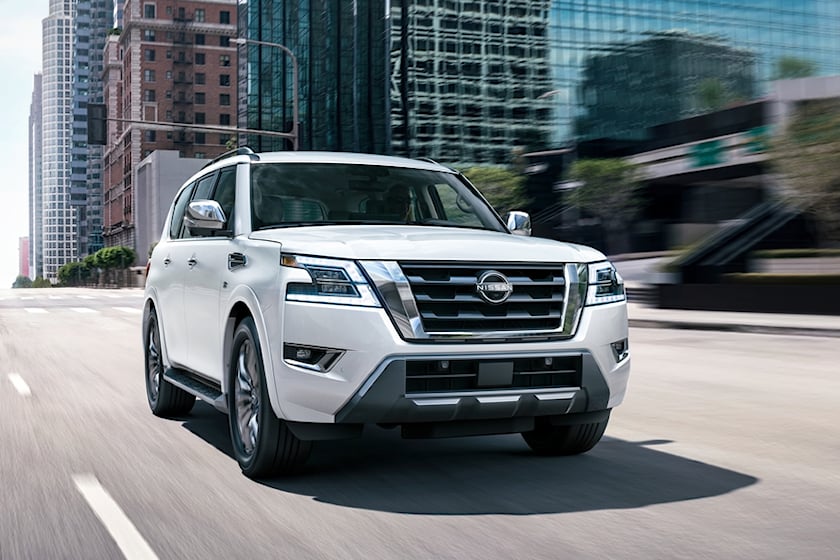 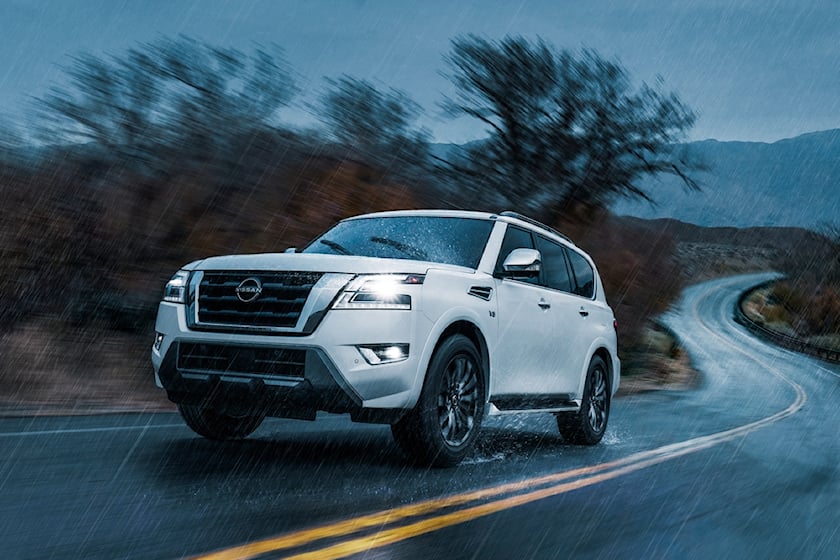 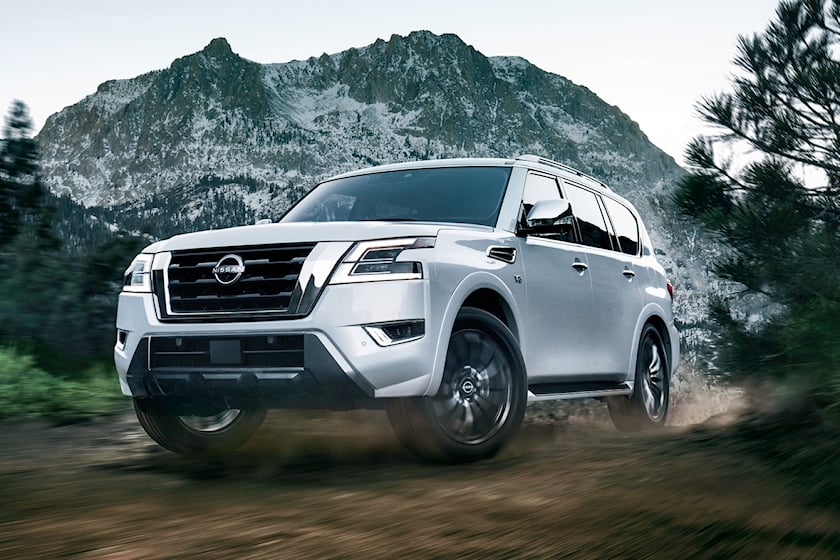 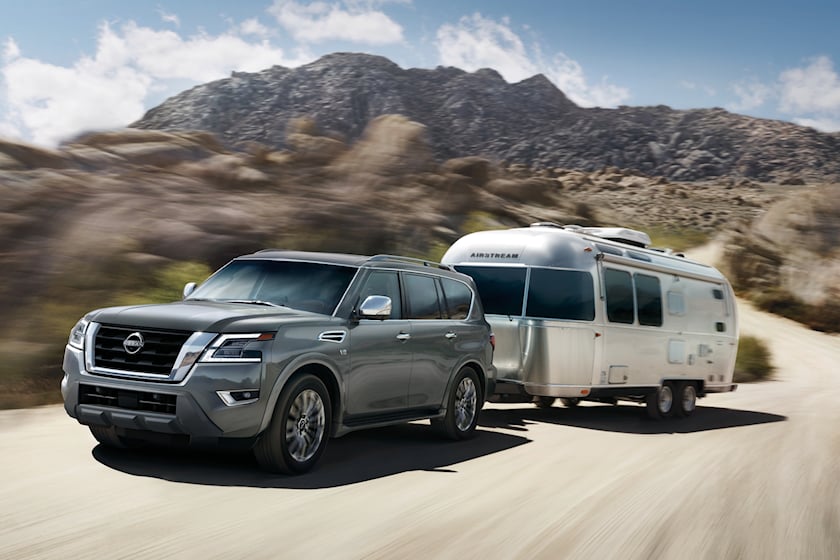 If you’re in the market for a sports car...
Previous articleStellantis Heavyweight To Be Honored With Major Design Award
Next articleWheelsboy Tests Changan Shenlan SL03 Tesla Model 3 Rival From China
Automoto