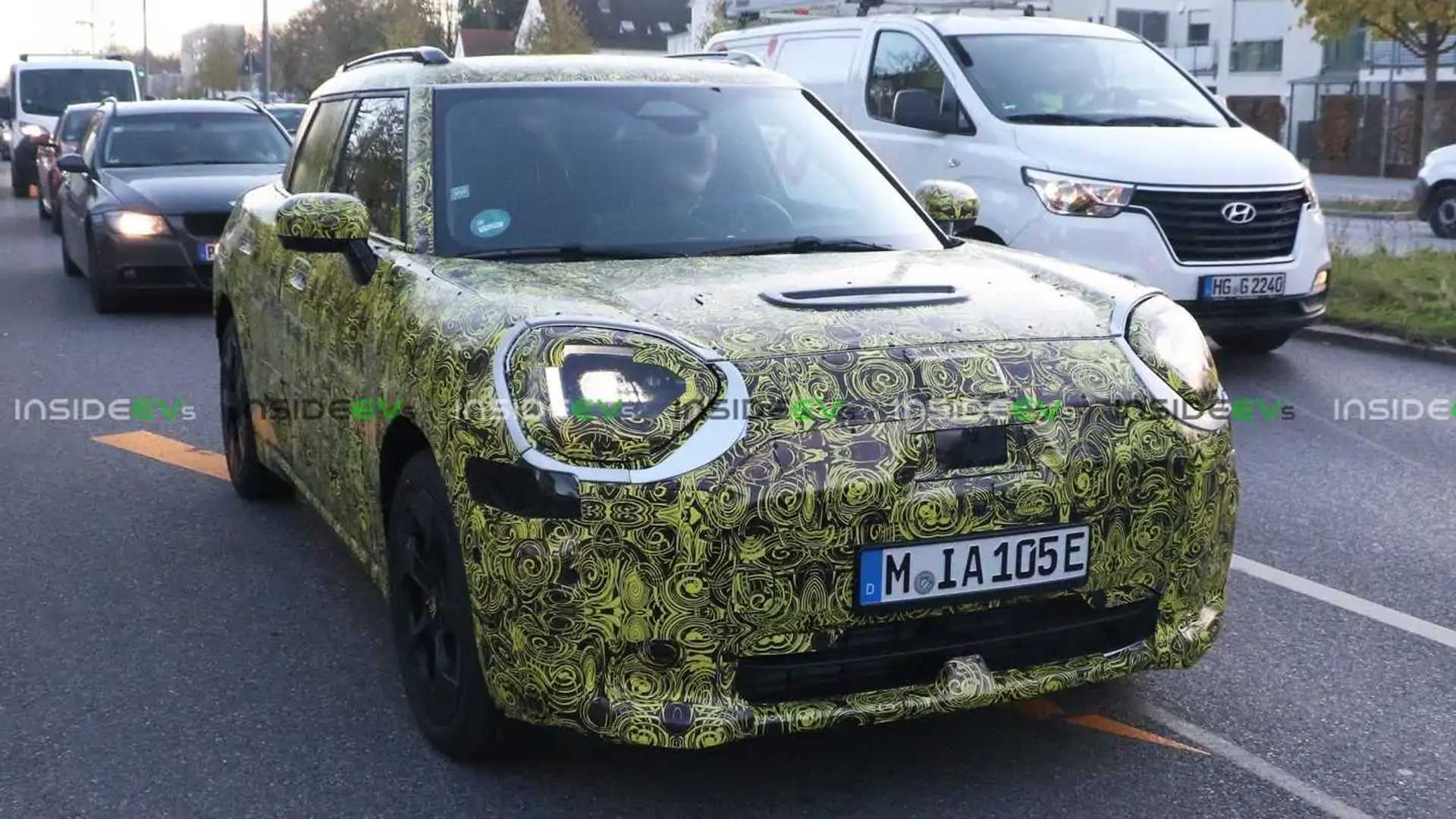 Following the first sighting on a trailer in early October, the MINI Aceman electric subcompact crossover has been spotted once again during testing—this time moving under its own power on the streets of Munich, Germany.

The new sighting confirms that MINI has started testing the Aceman EV on public roads, as well as the fact that this prototype boasts the final production body, despite some padding and fake details here and there.

There are no noticeable differences between this prototype and the one spotted last month, with both being fully camouflaged and sharing the same psychedelic camouflage pattern.

The resemblance with the MINI Concept Aceman unveiled in July is obvious, as the test prototype sports very similar proportions and details, such as the headlights and taillights. This is not surprising since the production model will be heavily inspired by the design study, as attested by the short overhangs, pronounced wheel arches and BMW-style door handles, among other things.

The MINI Aceman will be the brand’s first dedicated electric crossover and will be positioned between the next-generation Cooper SE and Countryman in size. As a reminder, the upcoming MINI Countryman will also offer an all-electric variant alongside internal combustion engines.

The Aceman actually has a lot more in common with the future Cooper SE than the next-gen Countryman. Both the Aceman and Cooper SE will use the same EV dedicated platform that’s being co-developed by BMW Group and China’s Great Wall Motor. The architecture will be stretched to give the Aceman more interior space, though.

Both models will be built by BMW and Great Wall’s Spotlight Automotive joint venture at a new plant in Zhangjiagang, Jiangsu province, China.

The Aceman will be just over 4 meters (157.5 inches) long but still offer more space inside than the current Countryman thanks to the smarter packaging of the EV dedicated architecture. The Aceman will not replace the Countryman, which will grow for the next generation—it will share the FAAR platform with the BMW iX1.

One could say the Aceman will indirectly replace the Clubman, which will not get a successor when it is phased out next year. The MINI Aceman is expected to debut sometime in 2024.

If you’re in the market for a sports car...
Previous articleChinese Model X Owner Must Pay Tesla Damages For Calling It A “Suicide Toy”
Next articleChevrolet FNR-XE Electric Sedan Concept Breaks Cover In China
Automoto