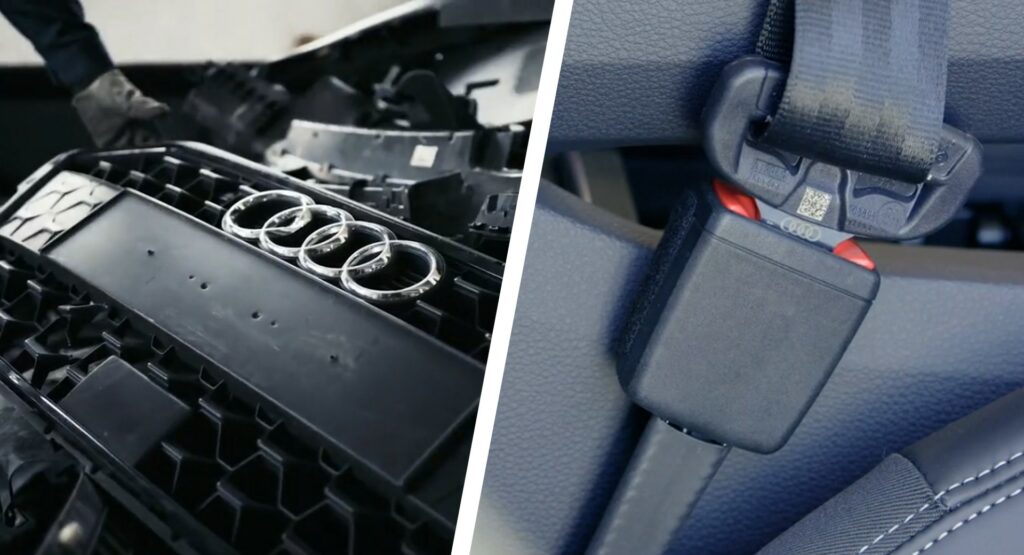 Audi found an ingenious way of sourcing the plastic for the seatbelt buckles in the new Q8 e-tron SUV. The casings of the buckles are partially manufactured from mixed automobile plastic waste including grilles, bumpers, wheel hubs, underbody covers, and other components.

It all starts with the parts being stripped from old and damaged vehicles that are beyond repair. Those can be easily accessed from Audi’s dealer network where a large number of vehicles are being repaired and serviced. The next step involves workers removing any metal clips and other foreign materials from the selected parts. Then, the plastic-only remains meet the crusher, where they are broken down into smaller pieces. Thanks to a special chemical recycling process involving pyrolysis oil, all this junk transforms into a plastic granulate which can be used for producing new parts. 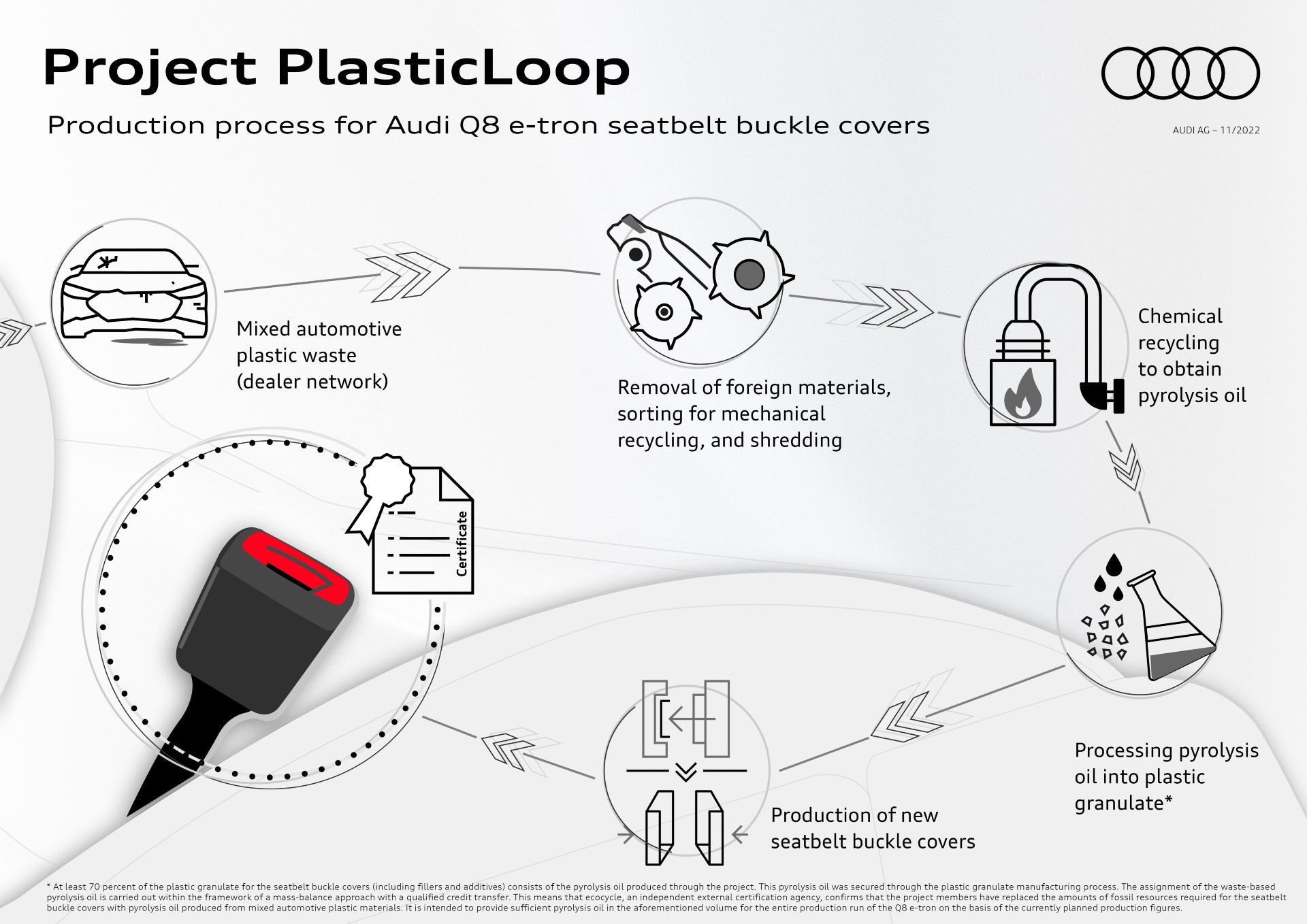 While Audi’s application is limited to the production of a component as small as a seatbelt buckle, the recycled pieces reduce the cost of raw materials in the production of the Q8 e-tron. This process also extends the lifecycle of fossil materials that would probably otherwise end up in junkyards, polluting the environment.

The initiative is part of the PlasticLoop project in collaboration with LyondellBasell, a multinational chemical company and plastics manufacturer. Audi claims that this is the first time safety components are being produced in this way, although we are pretty confident it won’t be the last.

Several automakers including Renault, BMW, and Fiat, have shown interest in using sustainable, recyclable, and recycled materials for interior upholstery and exterior panels of their vehicles. We have seen plenty of concepts, and we’re expecting numerous production models to follow this trend in the next few years. Below, you can watch Audi’s video highlighting the recycling process.

If you’re in the market for a sports car...
Previous articleThis Turbocharged Harley-Davidson Can Outrun A Suzuki Hayabusa
Next articleSony And Honda Could Get PS5 Consoles Built In Their Electric Cars To Challenge Tesla
Automoto