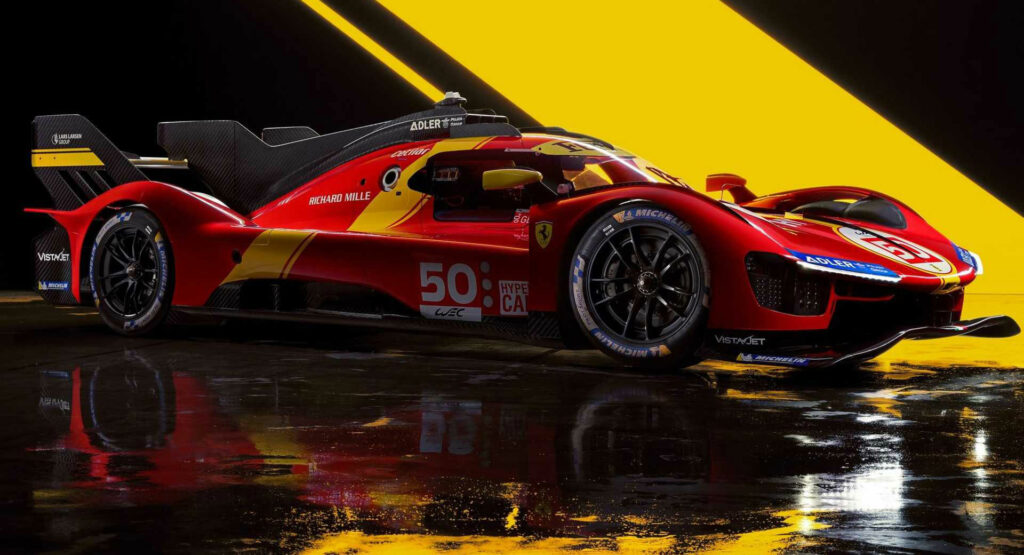 Ferrari Returns To Endurance Racing With 499P, Heading To Le Mans Next Year

Ferrari is returning the top level of endurance racing for the first time in 50 years with this, the new Ferrari 499P, set to compete in next year’s FIA World Endurance Championship in the Le Mans Hypercar class.

The car will make its competitive debut at the 1000 Miles of Sebring in March 2023 and has an elegant yet purposeful design that has already been showcased in its red and yellow racing livery.

Ferrari’s designers have worked their magic on the front of the car with a set of thin LED headlights and a pronounced carbon fiber splitter. There are large openings in the bodywork above the front tires while a familiar prototype-style cabin is also visible. The side bodywork is smooth and simple, a dramatic contrast from Ferrari’s current F1 car while at the rear half, you will notice the large aerodynamic shark fin and towering wing. 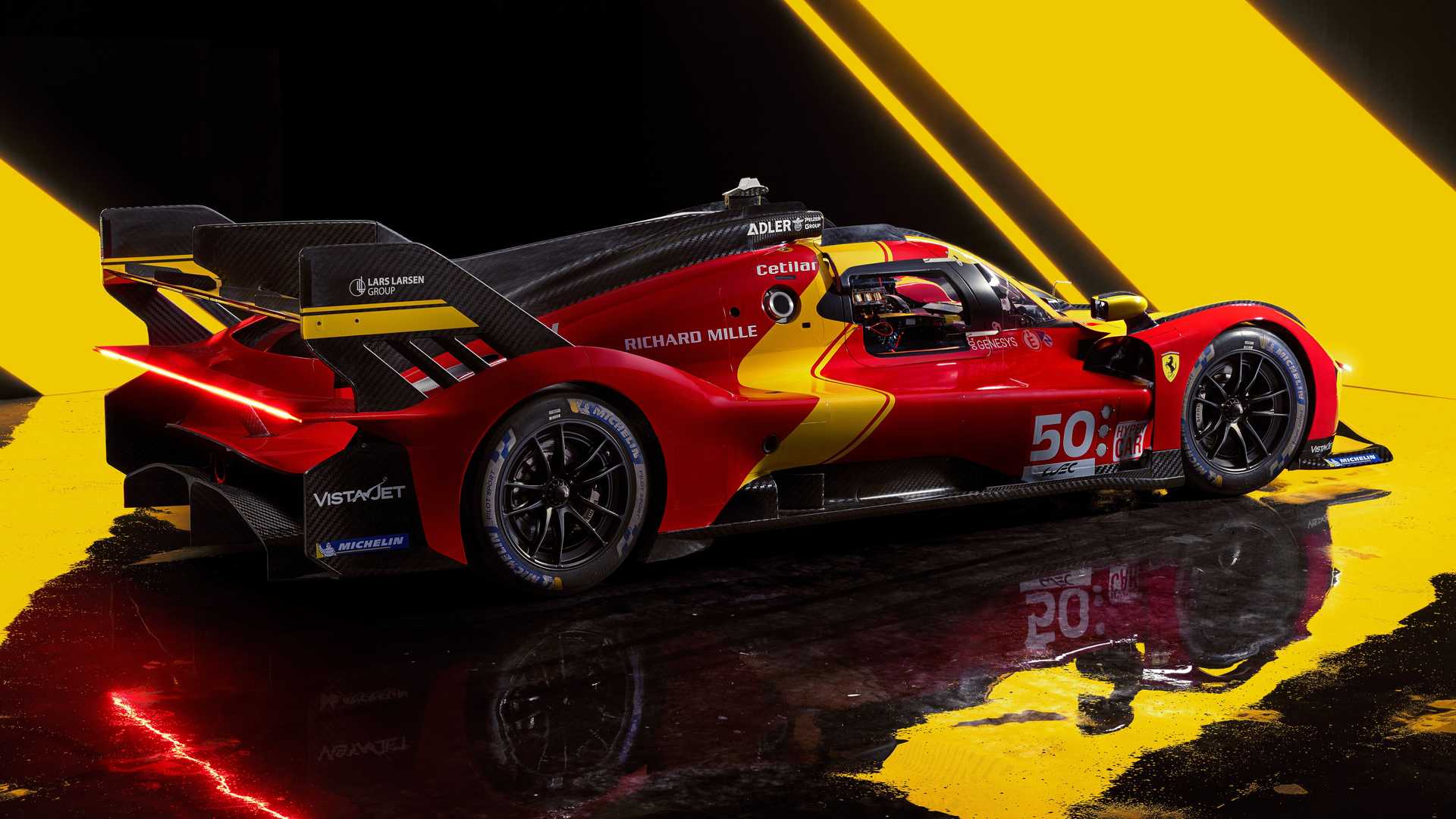 The Italian automaker has developed its own chassis for the 499P, given that it will compete in the LMH class rather than the LMDh class where competitors must use a chassis from either Multimatic, Dallara, Oreca, or Ligier.

Powering the 499P is a 3.0-liter twin-turbocharged V6 that shares its architecture with that of the 296 GT3 race car but has been thoroughly reworked, ensuring it is lighter and can act as a load-bearing piece of the car’s structure. A 900-volt battery driving an electric motor is also featured. Grunt from the combustion engine drives the rear wheels while the electric motor powers the front. The car also features an energy recovery system that recharges the battery during deceleration and braking. The 499P delivers a combined 680 hp.

More than 7,500 miles (12,000 km) of testing has been completed in the 499P and it will be homologated before the end of the year. Its outings at next year’s FIA World Endurance Championship will include the Le Mans 24 Hours.

If you’re in the market for a sports car...
Previous articleRumor Claims Toyota GR86 Could Go Hybrid For Next Generation, Use GR Corolla Engine
Next articleThis Super-Rare Ferrari Testarossa Pininfarina Spider Has Just 256 Miles On It And You Can Buy It
Automoto