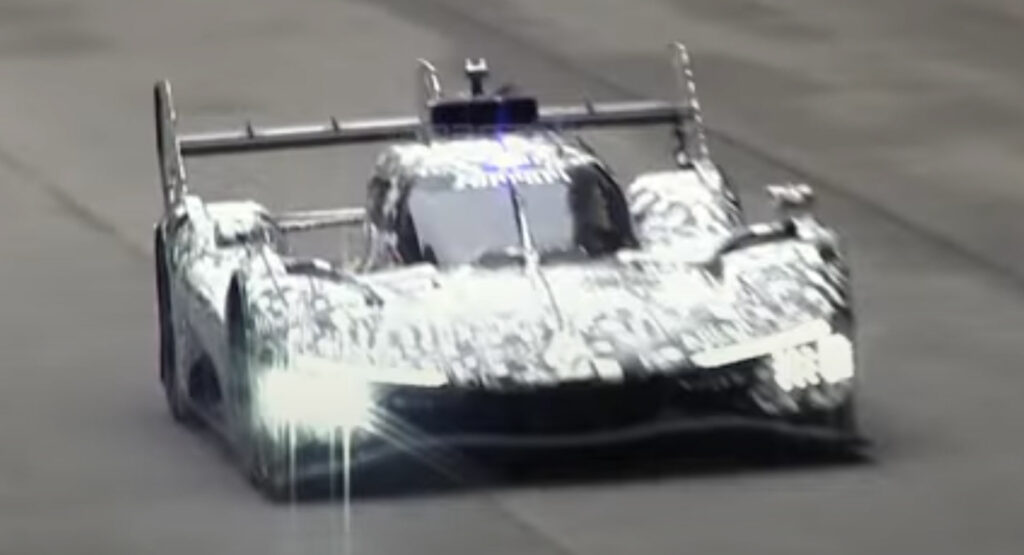 Ferrari’s upcoming Le Mans Hypercar has been filmed at the Monza F1 circuit, being pushed to its limits ahead of its unveiling on October 30.

Unlike some other car manufacturers that are getting into endurance racing with this new era of prototypes, Ferrari will race in the LMH category as opposed to the LMDh class. This means it has had to develop its own chassis for the car, rather than relying on one supplied by either Multimatic, Dallara, or ORECA.

Like other LMH and LMDh racers, Ferrari’s creation has a bold and dramatic design with an obvious focus on aerodynamics. Images released by the car manufacturer itself have revealed the car will be dominated by a towering shark fin and a huge rear wing with uprights that connect to the rear wheel arches.

YouTuber 19Bozzy92 recently headed to the Monza circuit where he found that the car manufacturer was putting two of its prototypes through their paces. We don’t yet know the name of the car but it looks and sounds incredibly fast.

Details about the vehicle’s powertrain also remain a mystery but it is speculated that it will receive a twin-turbocharged V6 working alongside a hybrid system. Cars competing in the LMH class cannot produce more than 680 hp so we expect to see the Ferrari top out at that mark.

Ferrari has been testing the car since July at its home test track, Fiorano, and has also been testing it at Mugello, Barcelona, Imola, and Portimao.

If you’re in the market for a sports car...
Previous articleSubaru Likes Its Infotainment System So Much That It Swapped It For An Alpine Unit In Forester Special Edition
Next articleJeep Enlists Derek And Hannah Jeter To Star In World Series Grand Wagoneer Spot
Automoto