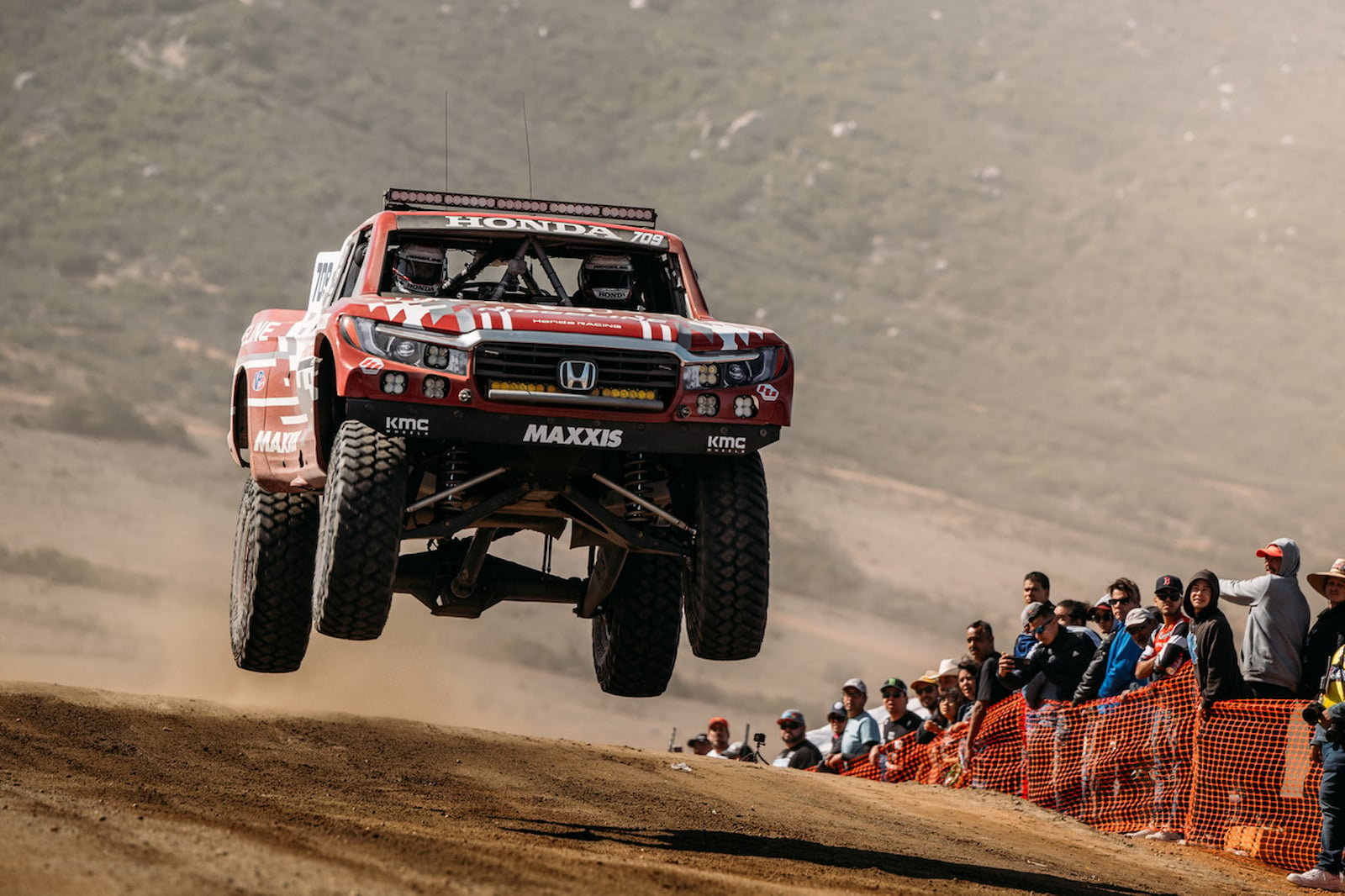 “You know, Baja never disappoints. It’s always full of excitement, and this race was no exception for us. It was tough. There was a lot of attrition, we saw a lot of broken competitors out there,” said Proctor. He’s right. Ford broke down in 2019 in its Bronco R, and plenty of DNFs can be found throughout this year’s race and past races. 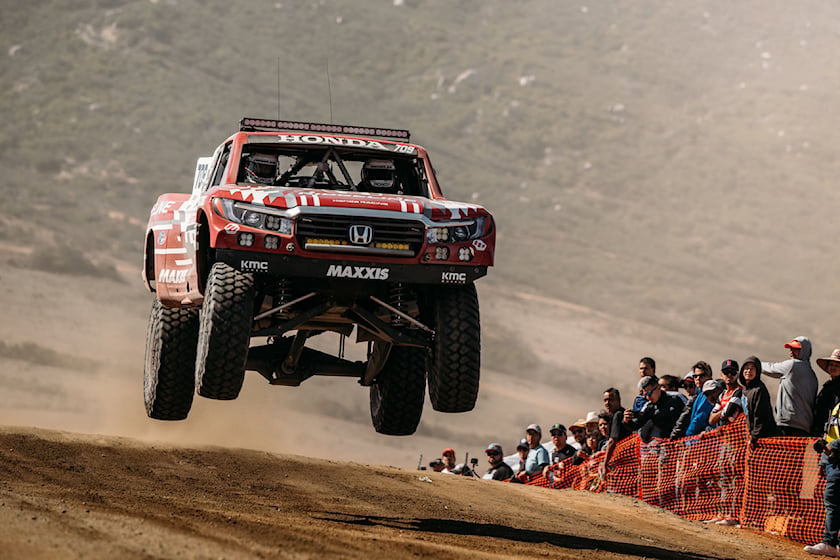 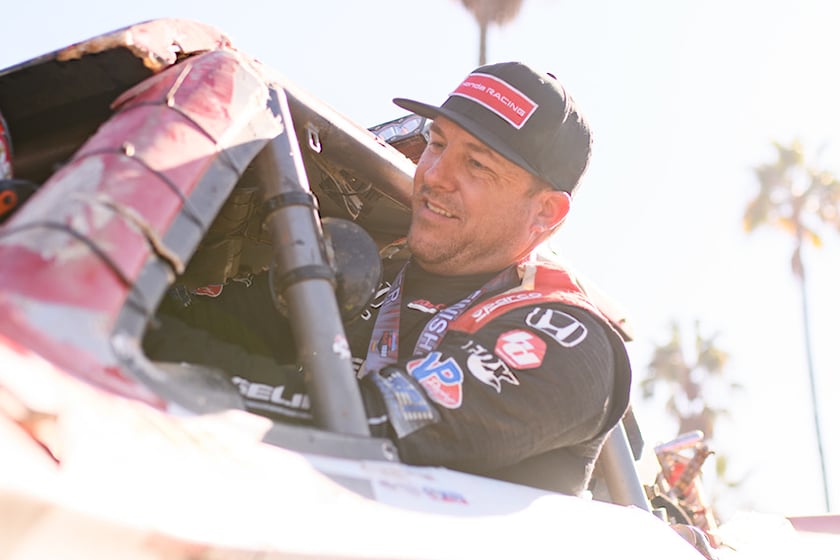 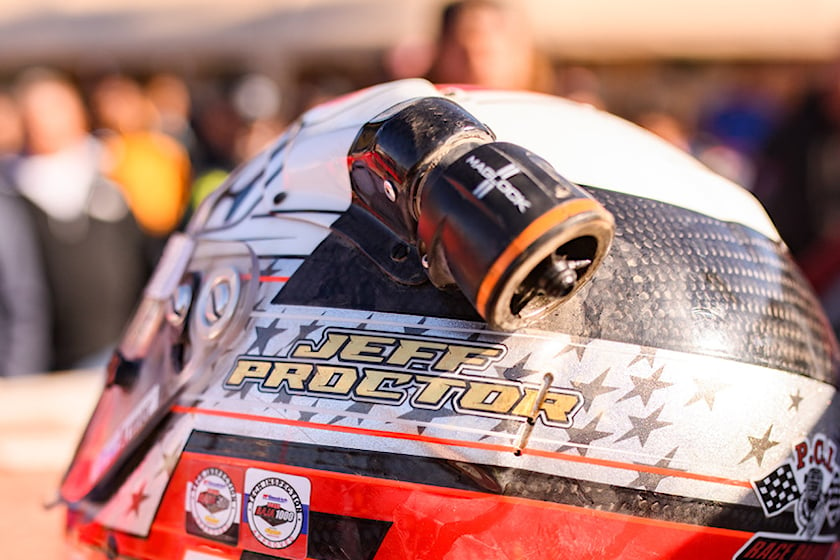 There was none of that at Honda this year. The team built an early lead with Proctor behind the wheel, and after 242 miles of rough Baja 1000 terrain, the team underwent its first driver change. Prescott took over as the team continued to pull out their lead as the sun set on the Mexican desert.

Glaszcak took the wheel around 8:30 that night, and there was a “mild rollover” early in the morning. We’re not sure what constitutes a “mild rollover,” but crashes in the early hours of the morning are common in endurance motorsport. It’s when drivers are at their most tired, as the 24 Hours of Le Mans consistently demonstrates. 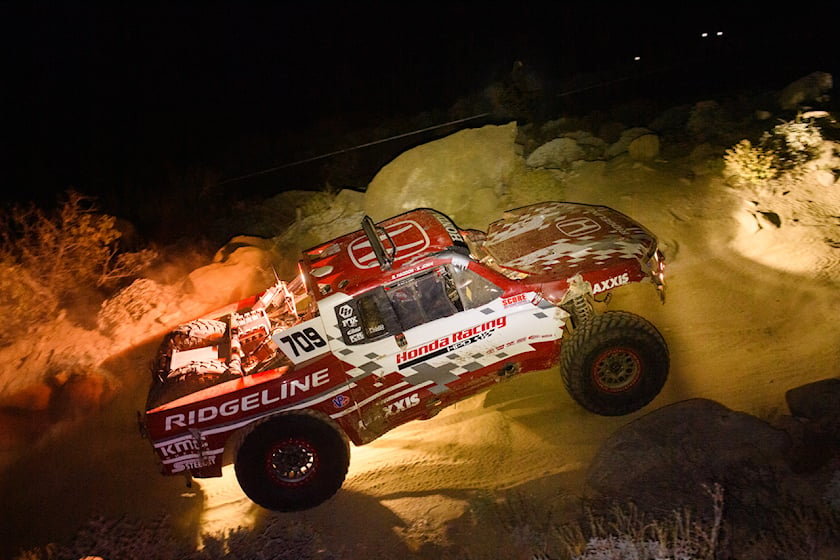 Still, despite the accident, the truck took nothing but minor cosmetic damage. You can see some of that in the photo above, which shows some bent or cracked bodywork near the front suspension and tailgate.

“This was a bittersweet race for me. I’m going to be stepping back from driving duties next season. So this was probably my last time behind the wheel, and we were able to put the Ridgeline [in the winner’s circle]. I couldn’t be more proud of our whole team,” continued Proctor.

This year was Honda’s eighth Class 7 victory since it started its Baja program in 2015, which includes three class wins in the Baja 1000 and five at the Baja 500. 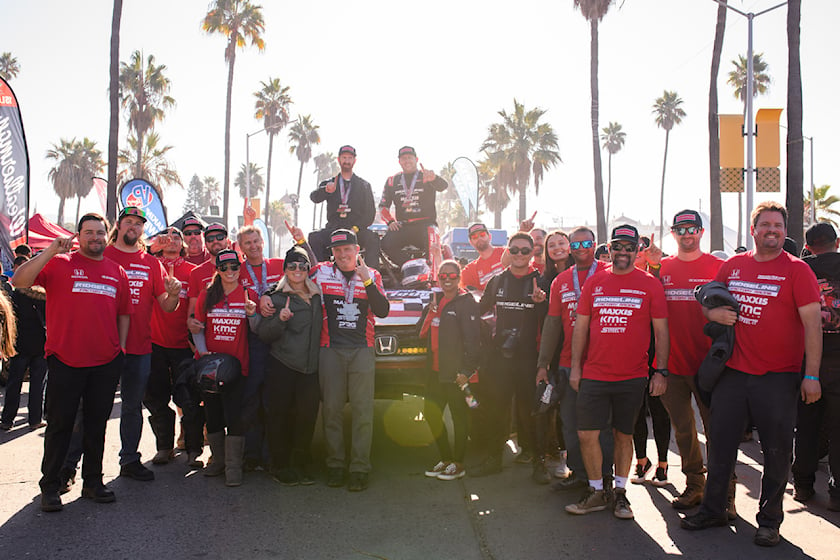 If you’re in the market for a sports car...
Previous articleAlfa Romeo Tonale Will Only Be Sold As A Hybrid In America
Next articleFrench Company Ellipse Enters E-Bike Market With New E1 Commuter
Automoto