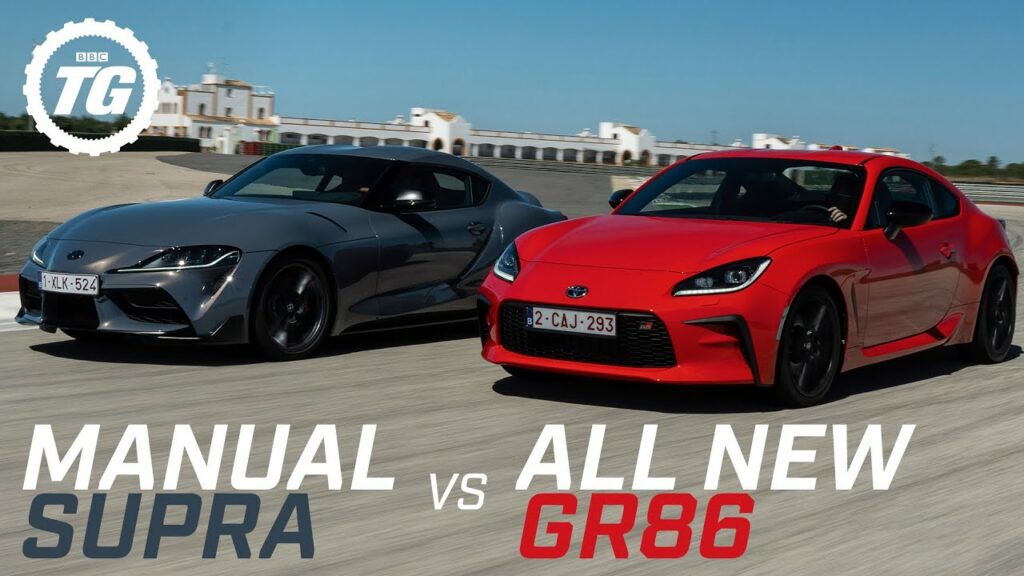 If you’re in the market for a sports car from Toyota with a six-speed manual transmission, should you buy the updated Supra 3.0 or the new GR 86?

To answer that question, Top Gear recently headed out onto both a circuit and onto the street and put the duo through their paces. This review also provides us with one of our first opportunities to see whether Toyota has nailed it with the tweaked Supra and its stick shift or if the car wasn’t worth the near-three-year wait.

Toyota didn’t simply borrow a manual from BMW in developing this new variant of the Supra. Instead, it took an existing transmission housing and modified it extensively, making it lighter and installing a larger diameter clutch with a reinforced diaphragm spring. Toyota also shortened the final drive ratio and developed a unique software package that optimizes engine torque at the moment of clutch engagement. During this review of the car, Top Gear’s Ollie Marriage adds that Toyota even experimented with different gear knob weights, ultimately opting for one that weighs 200 grams.

While testing out the car, Marriage acknowledges that it is indeed the most enjoyable Supra variant to drive but isn’t won over by the car.

How does the much cheaper and less powerful GR 86 compare? Obviously, it isn’t as fast as the Supra but it offers a very involving package and is heaps of fun to drive, as we discovered in our own review not too long ago. It is also much simpler than the Supra and provides a more raw driving experience. If you want a rear-wheel drive sports car that you can have heaps of fun driving, it is the GR 86 you should opt for, not the Supra – plus it also has the perk of costing significantly less.

The F-150 Lightning is a very important vehicle for...
Previous articleThe Previous Owner Of This Unique Porsche Carrera GT Has It Resprayed In A Ferrari Red
Next articleŠKODA AUTO production sites reopen for tours
Automoto