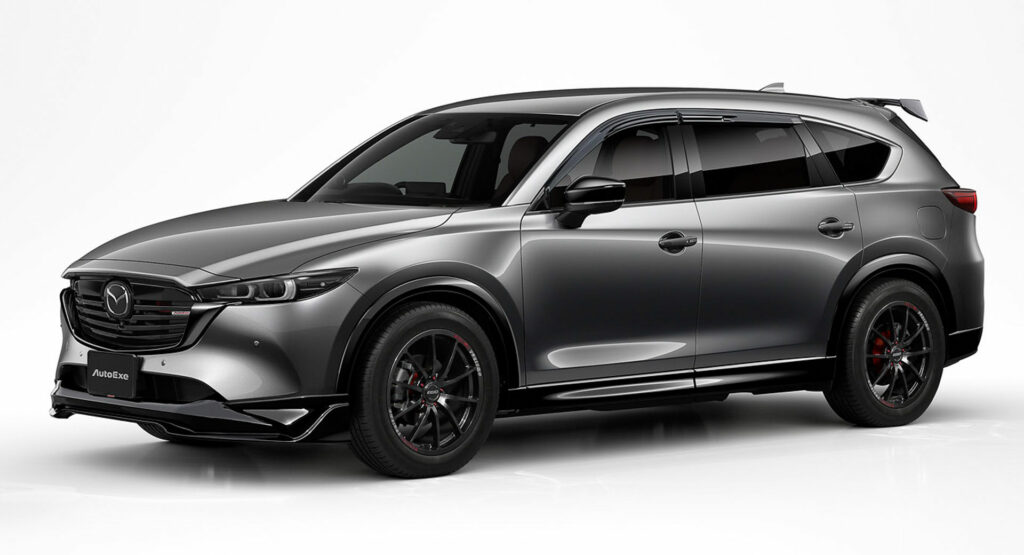 The package consists of five key design elements. These start at the front end where Auto Exe has developed a new front chin spoiler that transforms the fascia of the Mazda. Further adding to the striking new front of the SUV is a redesigned hood with prominent black horizontal slats.

Auto Exe’s changes continue down the sides of the CX-8 with a set of aftermarket wheels and wind deflectors on the windows. Rounding out the alterations are some changes to the rear of the Mazda, including the piano black diffuser and the bold spoiler stretching out from the roof.

Read: 2023 Mazda CX-8 Gets Visual And Tech Updates In Australia 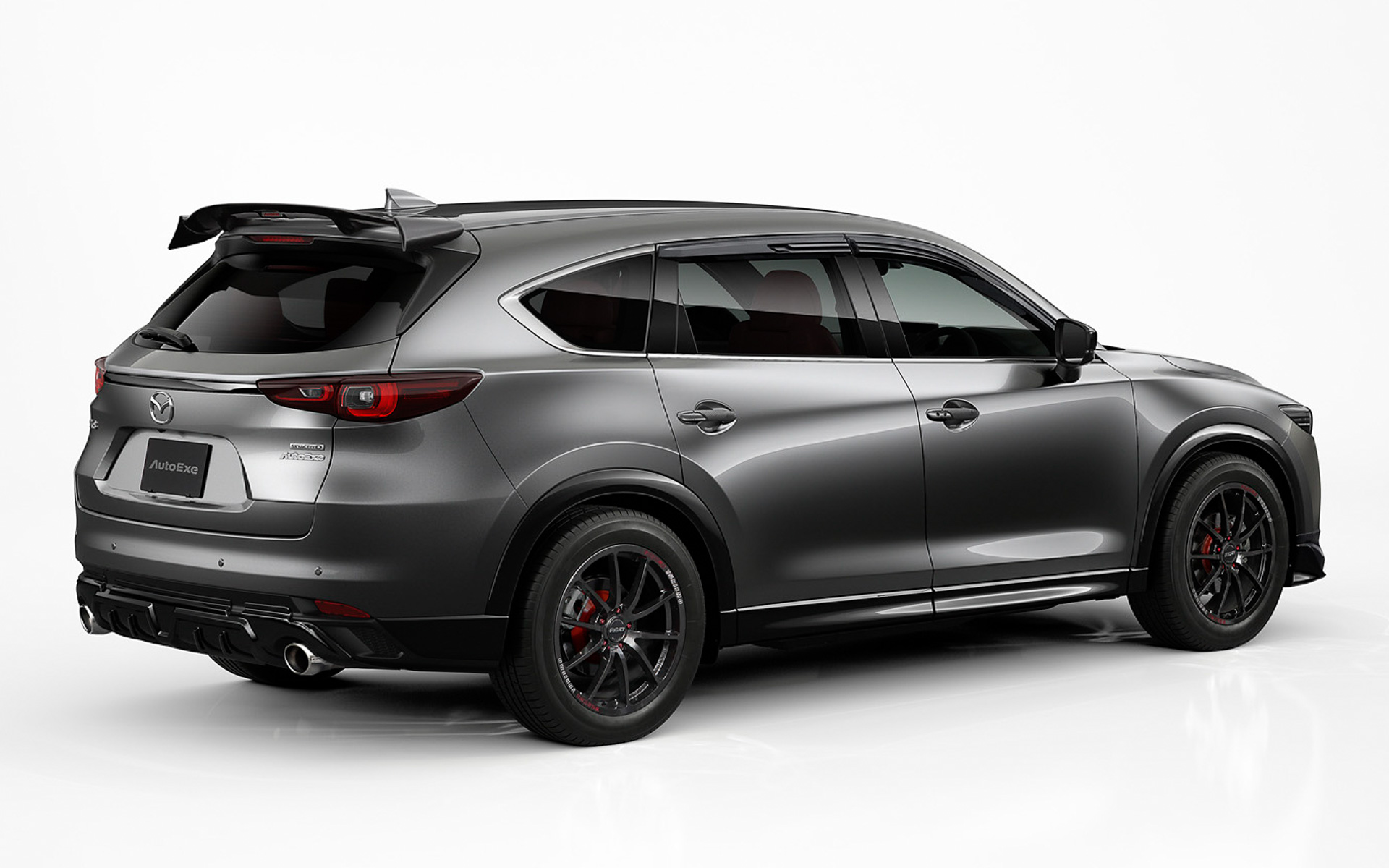 A stainless steel exhaust system has also been developed for the Mazda CX-8. The tuner is also developing new suspension components, an upgraded intake, and enlarged brakes. These additional parts are expected to be revealed at the start of 2023.

While we have no doubt that these accessories will be a little too bold for some CX-8 owners, we’re sure they will appeal to those wanting to flex on other parents at the school drop-off.

If you’re in the market for a sports car...
Previous articleFoxconn Set To Take 18.3% Stake In Lordstown Motors As Electric Truck Maker Continues To Struggle
Next articleHyundai’s ‘Defying Convention’ Documentary Is All About Ioniq
Automoto