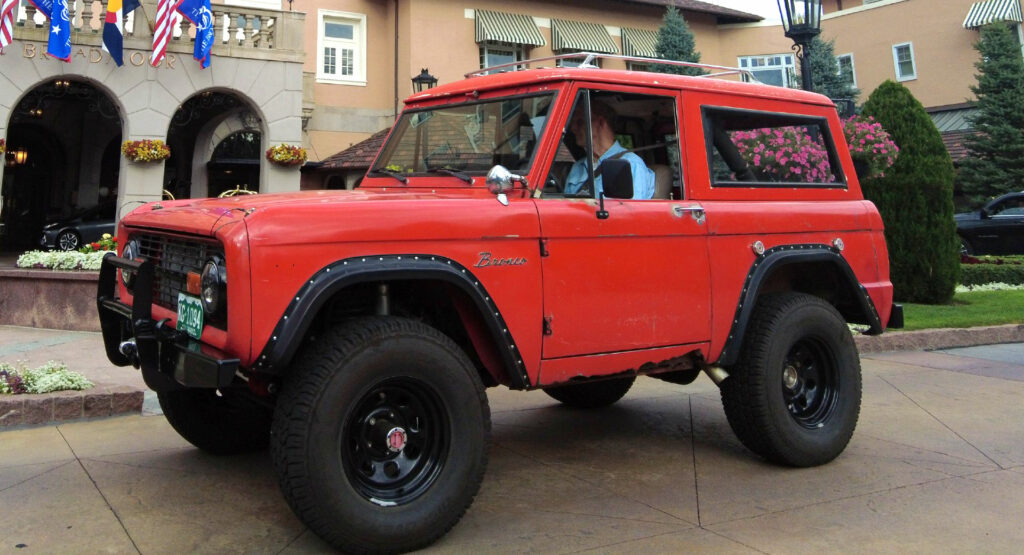 Phil Nielson has owned this 1967 Ford Bronco almost since it was new. Over the decades, he’s fabricated parts for it as he’s seen fit. Today, it’s so customized and unique that it could never be duplicated. It stands as a masterclass in how differently some folks approach problems and create solutions, sometimes with their own bare hands.

Nielson saved the Bronco not long after it had been involved in an accident that took out, in his words, “the fender, the radiator, the hood, and the bumper.” He started driving the SUV in 1971 just a couple of years after he and his wife Melanie had started their family in Colorado Springs. Still married more than 50 years later, the Bronco is still a major part of their life, albeit with a lot of custom parts you can’t get anywhere else but in Phil’s garage.

Nielson is a machinist by trade. He started off in a machine shop sweeping floors and today is capable of creating just about anything one might need from a solid block of metal with his own two hands. From the outside of this Bronco, it’s hard to see his personalized impact. In fact, a quick look into the cabin is perhaps the only clear giveaway that this isn’t your normal classic Ford SUV. 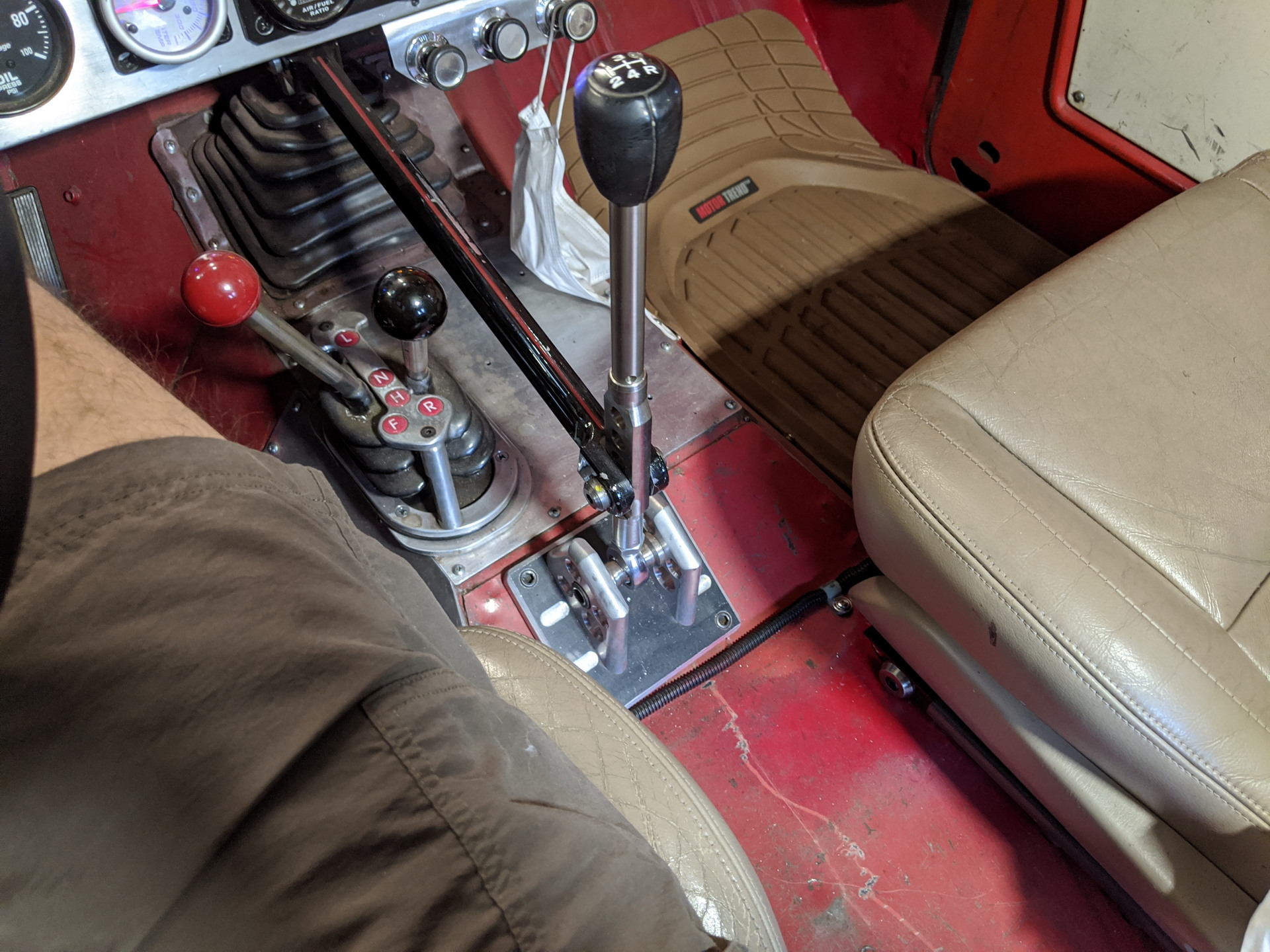 Peek inside and you’ll notice the bespoke shifter linkage, the aftermarket gauges mixed with modern digital AFR readouts for each bank of cylinders, and the cushy seats from a 2000 Toyota 4Runner. Custom windshield wiper linkage at the top of the dash demonstrates the high-quality craftsmanship involved.

These pieces work perfectly. They’re not half-measures that sort of work. They’re precisely engineered solutions to problems that Nielson faced over his decades of ownership. And he didn’t stop at interior modifications.

The drivetrain is full of bespoke pieces. That includes an upgraded 5.0-liter Ford V8 under the hood with an intake manifold that Nielson ported and polished himself along with AFR 185 heads. He personally crafted the rockers and rocker shafts too. On top of that, he’s fitted a Kenne Bell 2.1-liter twin-screw supercharger. 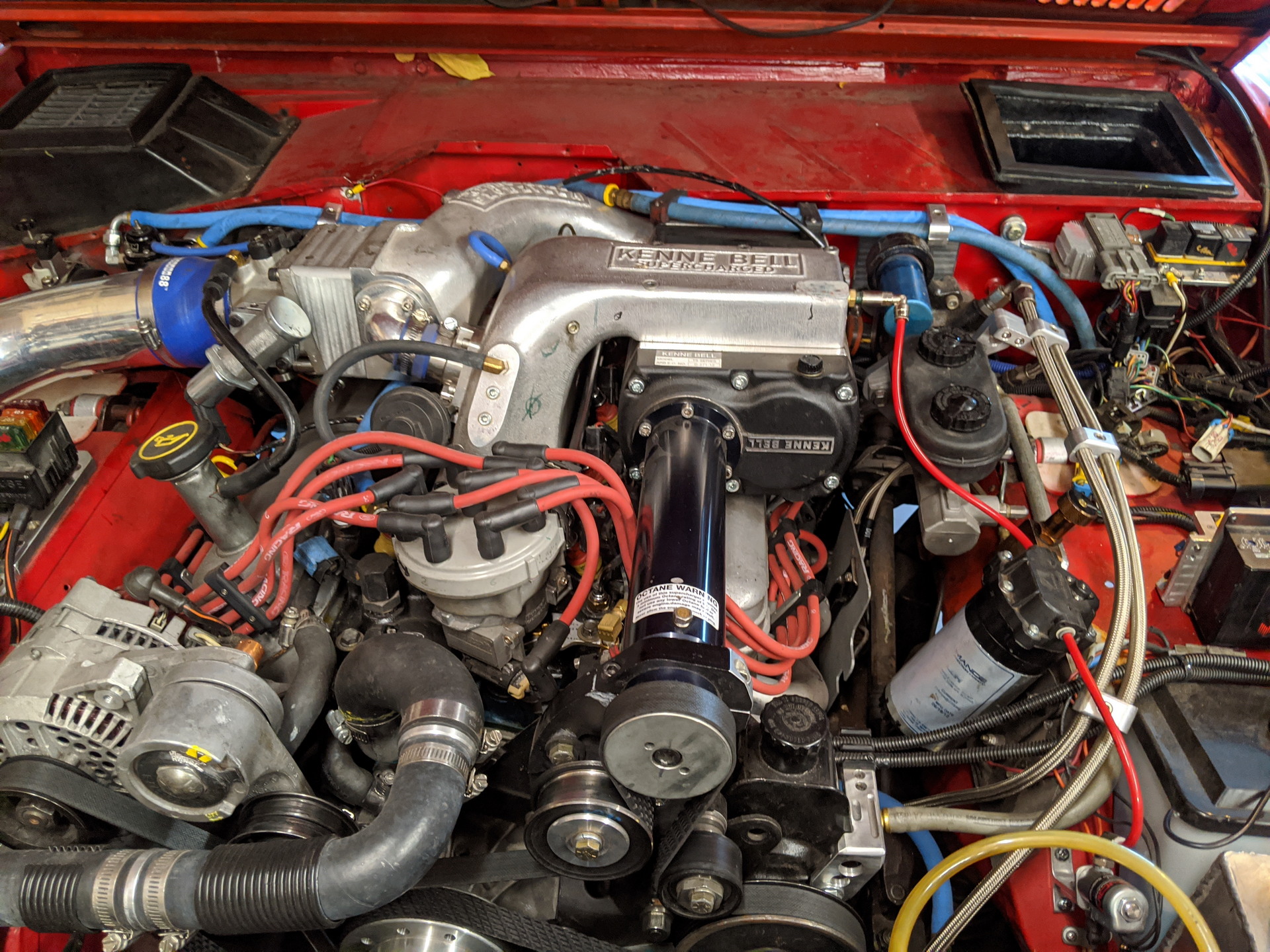 It’s a rare combination that’s required him to customize even further. The two-speed radiator fan comes from a Ford Taurus but Nielson had to shorten the housing to help make space. He then pushed back the upper section of the firewall by about an inch and a half so that everything would fit properly. He didn’t find something that would fit and work with that, he found what he wanted, and he made it fit.

Some changes came out of a desire for refinement and added strength. He pulled the gears out of the transfer case and replaced the needle roller bearings on the idler gear with Timpkin taper bearings to improve strength and make the whole thing quieter. He’s also added a Hydroboost braking system from a 2001 Ford Superduty pickup truck. That’s not to say that everything here is completely custom.

Power from the engine feeds through a New Process 435 manual transmission into the custom transfer case and out to all four wheels. The front axle is a Dana 44 while the rear is a Ford 9-inch with 4.11 gears. 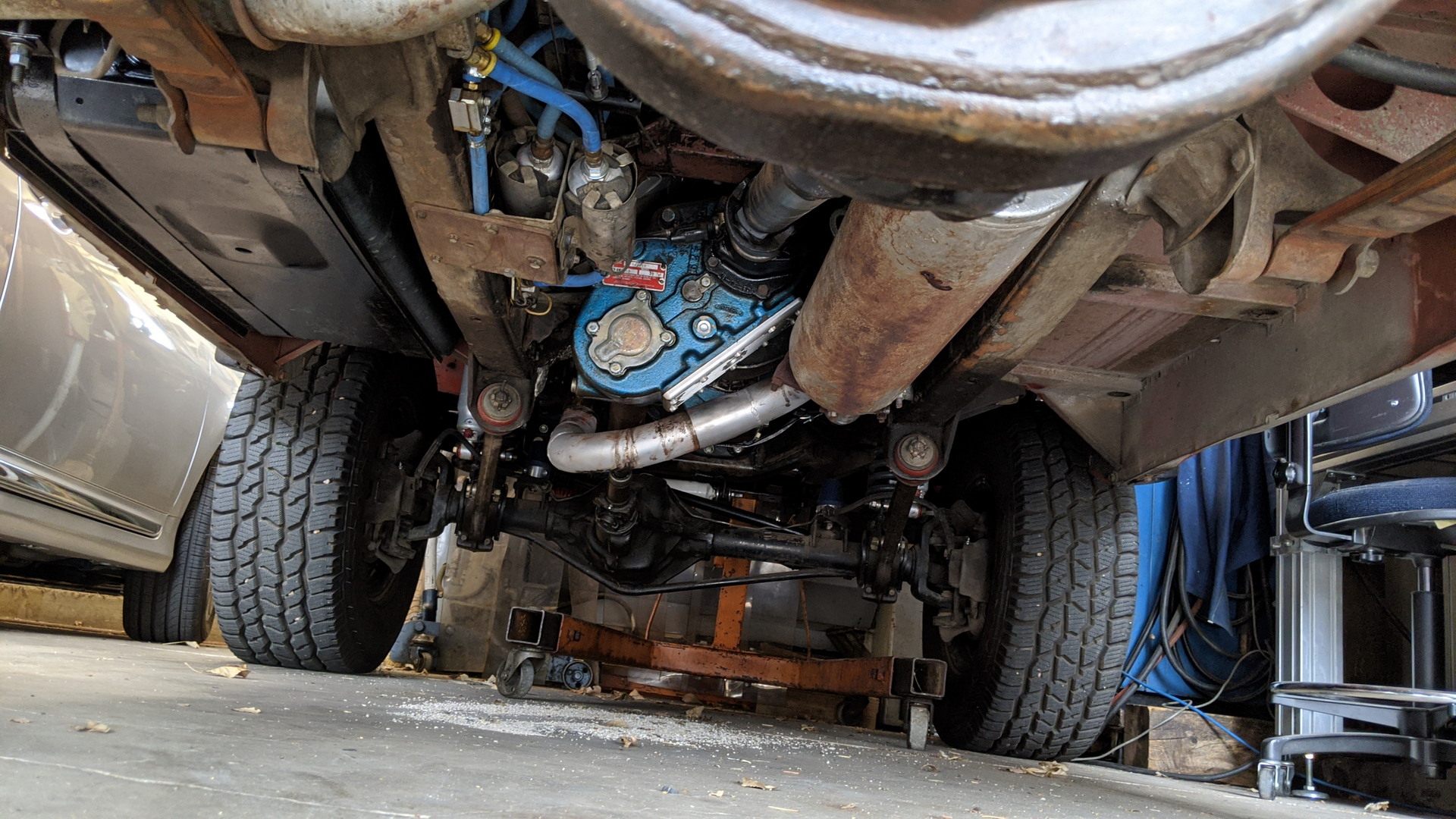 Now in his mid-80s, finishing the Bronco seems out of Nielsen’s reach he thinks. “I’d like to get the bodywork done and painted but I don’t think I’ll ever get there on that,” he says. It’s got a couple of rust spots coming up through the Poppy Red paint that need to be cared for as well but that hasn’t stopped him from beautifying the exterior as much as possible. On each end of the Ford, you’ll find bespoke bumpers that Phil helped co-design with local high-end fabrication shop Victorian Ironworks.

This overbuilt and completely unique Bronco isn’t perfect but it’s a demonstration of Phil’s commitment, skill, and love. Over the decades, it’s been a staple in his and his wife’s life. He’s been all over the continent in it and gone off-roading with his kids in it. When something is so entrenched in your life there’s no wonder that you’d do anything you can to keep it. And in Phil’s case, he’s done everything he could to improve it, including building bespoke parts by himself.

If you’re in the market for a sports car...
Previous articleFord Mustang Driver Attempts A Burnout, Ends Up Crashing Into Pickup
Next articleModern-Day Pontiac GTO Rendered From Camaro, Because Why Not?
Automoto