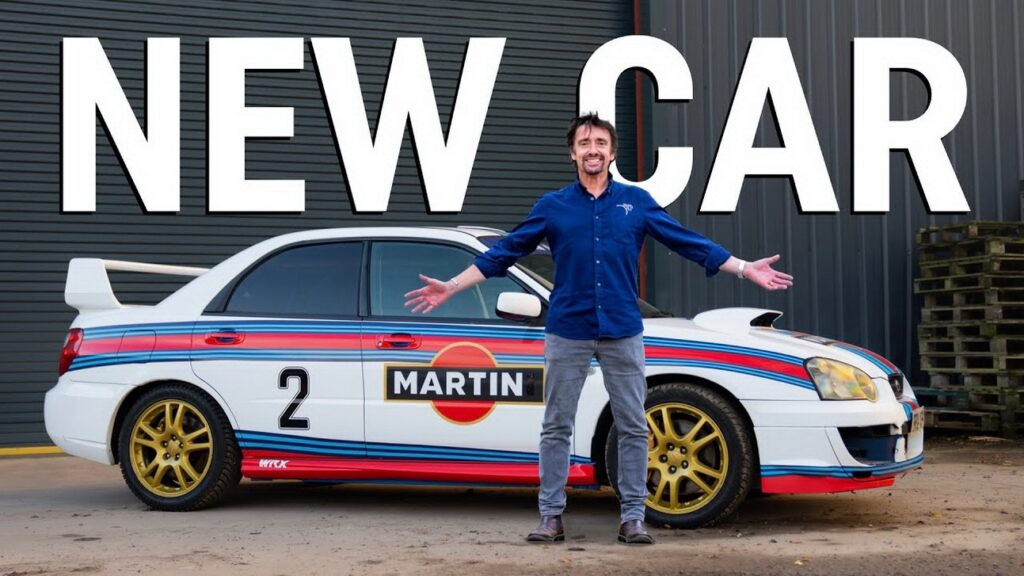 The Grand Tour returned to our screens in mid-September with ‘A Skandi Flick’, one of the most entertaining specials of the show. Fast forward a couple of months and Richard Hammond now owns the Subaru Impreza WRX STI that he drove throughout the trio’s Scandinavian adventures.

The Impreza WRX STI driven by Hammond in the show was a particularly intriguing, limited-run model known as the V-Limited edition. It was sold exclusively in Japan and is the latest addition to his garage.

In this video from Drivetribe, Hammond reveals that The Grand Tour crew brought the car back from Scandinavia just the way he left it, meaning it is filled with plenty of random items that he discarded throughout the road trip. For example, there are some ice crampons sitting on the rear seat that he used while the trunk is filled with an assortment of random items that were used throughout the journey, including extended-width wing mirrors and a small tin of treats and candy that his wife packed for him.

Watch: This Is The Crash That Hospitalized James May And Wrecked A Mitsubishi Lancer EVO VIII

Hammond’s WRX STI V-Limited started off the special painted in an identifiable shade of Subaru blue but during the special, the trio were tasked with modifying their cars and making them even more suitable for the icy conditions. Hammond had his Subaru bathed in a Martini Racing livery that suits the character of the car perfectly. Now, it simply reads ‘Martin’ as Jeremy Clarkson covered up the last ‘i’ with a sharpie.

It is unclear what the veteran journalist and TV presenter is planning for the car but we suspect it will be the latest project car for the Drivetribe channel on YouTube.

If you’re in the market for a sports car...
Previous articleRace Porsches In Asphalt Games And You Could Win Porsche Design Products
Next articleŠKODA tops the ‘Auto Trophy 2022’ with five victories
Automoto