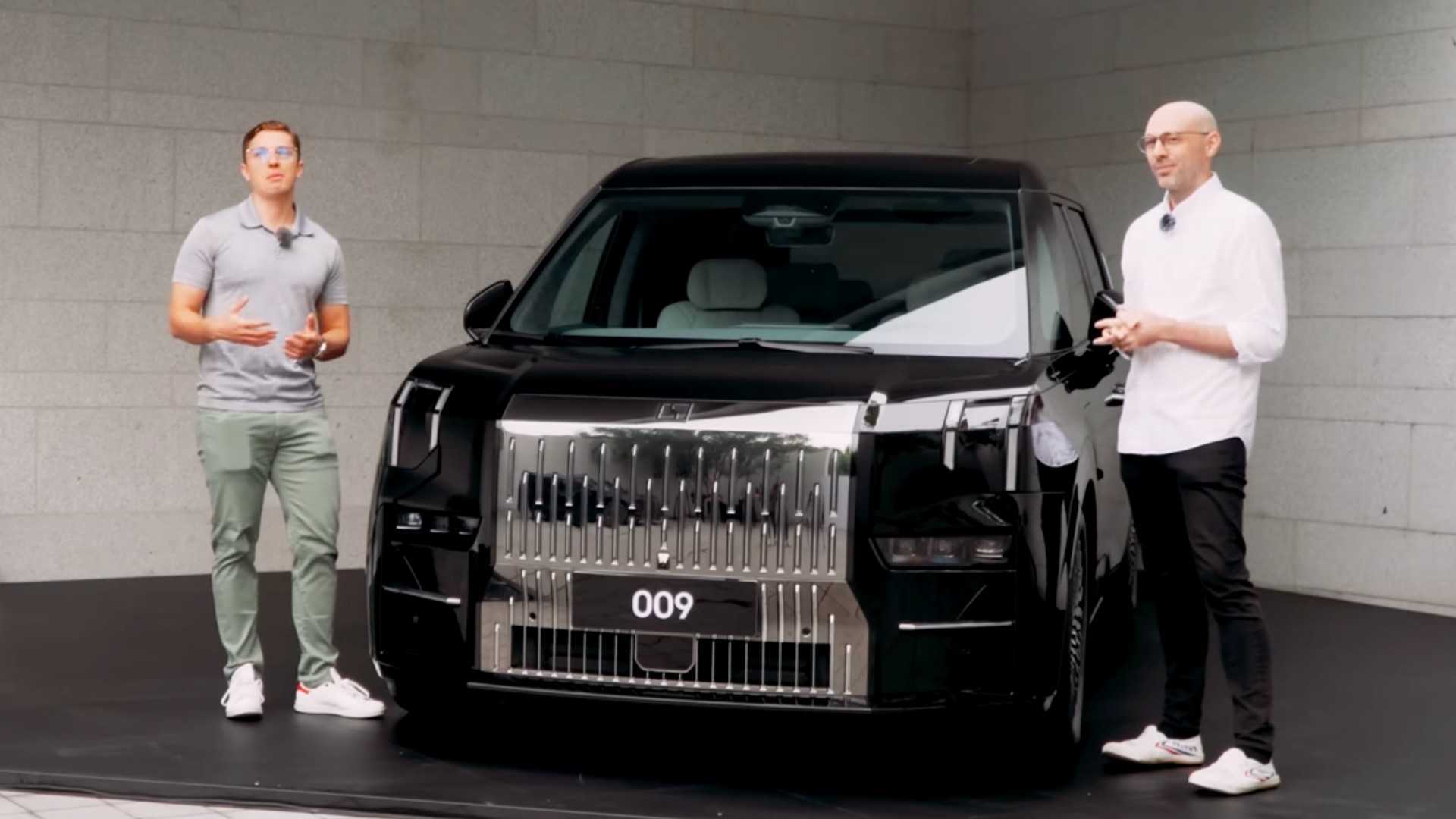 Take A Closer Look At The Spectacular Zeekr 009 Electric Minivan

While minivans continue to lose market share to three-row SUVs in the US, they are really popular in China, where most automakers—domestic or foreign—have at least one model in their lineups.

In order to stand out in such a competitive market, automakers give designers a free hand in developing striking designs for their minivans—and there are hardly more striking examples than the Zeekr 009 EV recently revealed in China.

Built by Geely‘s premium EV brand Zeekr, the 009 is featured in a new video from the Wheelsboy YouTube channel, so if you want to learn more about this intriguing electric minivan, this is the video to watch. Mind you, this is a walkaround of a pre-production vehicle; reviews will be coming out later on.

Starting off with the exterior design, the Zeekr 009’s palatial grille features 32 individual embedded LED lights, which light up to create various animations, such as a welcoming sequence, for example. Other striking design features include the reverse U-shaped DRLs, massive windshield, bulged wheel arches—not that common on a minivan—C-pillar design with chrome stripes imitating the look of the grille, and more.

Something that’s really surprising about the Zeekr 009 is the drag coefficient of 0.27—you’d expect a lot worse from a vehicle with so much vertical real estate at the front and conventional door handles. Turns out designers used an active air intake, the largest aerodynamic windscreen in the segment and other tricks to make the 009 as aerodynamically efficient as possible.

Now, while the Zeekr 009’s exterior design is special, the interior is arguably more interesting, and the reviewers show it in great detail. The guys point out that material quality is very high and everything is very well put together—as you would expect of a premium brand.

The place to be inside the Zeekr 009 is the second row that features two business-class seats with various massaging functions, heating and ventilation, as well as all the adjustments you can think of—including for the climate control. There’s tons of headroom, legroom, knee room and elbow room around them, and the standard third row seats offer a decent amount of space for adults. A 2+2 executive configuration is optional.