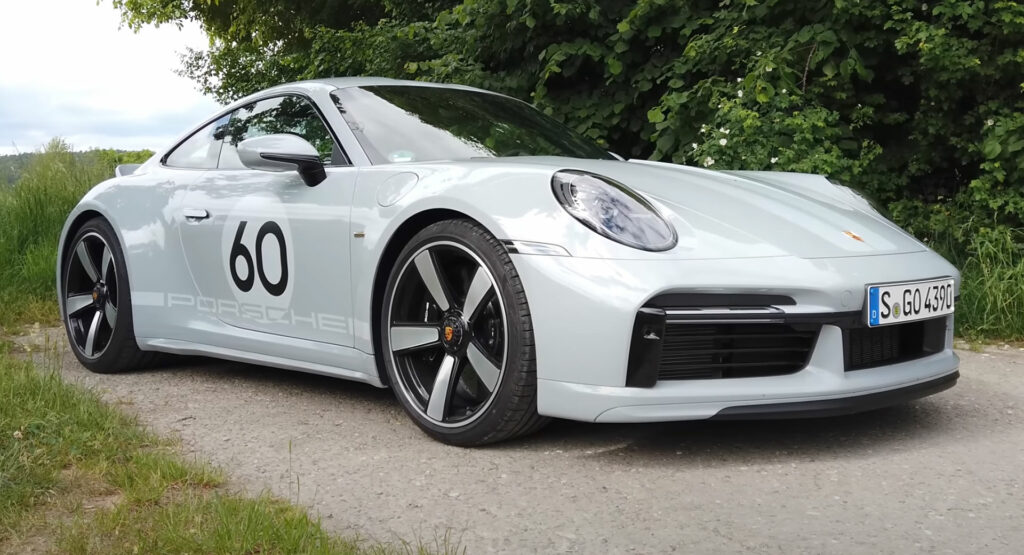 With the new Sport Classic, Porsche has introduced a particularly intriguing variant to its 911 line-up.

Powering the 911 Sport Classic is the same 3.7-liter twin-turbocharged flat-six as the 911 Turbo and Turbo S models. However, grunt from this engine has been detuned to 542 hp and 442 lb-ft (600 Nm) of torque, which is more than enough for most buyers. The Sport Classic stands out from the Turbo and Turbo S models because it has a seven-speed manual transmission and is rear-wheel drive.

Eager to see what the new addition to the 911 range is all about, Zack Klapmann from The Smoking Tire had the opportunity to check it out in person.

Read More: 2023 Porsche 911 Sport Classic Will Make You Go Woof With Its Houndstooth Seats, Decals Not So Much

While speaking about the car, Klapmann notes that while it doesn’t feature the six-speed manual you’ll find in the 911 GT3, it is still a good transmission, but not excellent. Then there are the brakes, which the reviewer is particularly fond of. These brakes consist of carbon ceramic discs at all four corners with 10-piston front calipers and six-piston rear calipers. This gives the sports car more than enough stopping power, prompting Klapmann to say it bites like a great white shark.

The combination of the 911 Turbo’s powertrain, the seven-speed manual, and the rear-wheel drive creates a driving experience much different than a Turbo. Klapmann notes that you can feel the rear end moving around under power, just as you would expect.

The interior of the 911 Sport Classic is a real highlight. The seats come complete with a Houndstooth pattern and contrasted by light Classic Cognac leather across the bottom half of the dashboard and door panels. Other features include a digital instrument cluster, Sport Chrono clock, embossed headrests, and a badge with a serial number. Unsurprisingly, Klapmann is a real fan of this cabin.

If you’re in the market for a sports car...

The F-150 Lightning is a very important vehicle for...
Previous articleKoenigsegg Wonders How Hypercars Can Justify Their Prices In An Electric Age
Next articleSummer holiday programme 2022 at the Mercedes Benz Museum: “Rocket Bunny Meets Turbo Tiger”
Automoto